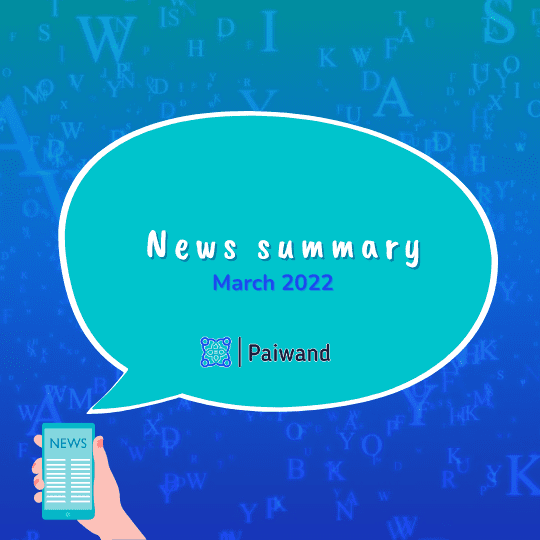 Stay on top of current events with conscise recaps put together by our volunteer, Asad Jamil.

The Refugee Council and British Red Cross have led a joint letter, co-signed by numerous other organisations working with Afghan refugees in the UK, to the Home Secretary highlighting concerns over the lack of legal and safe routes for people in Afghanistan trying to reach the UK. This is ahead of the upcoming UN virtual summit on the crisis in Afghanistan, co-hosted by the UK. - reliefweb

Fewer than 500 people have offered to house Afghan refugees in the UK, seven months following the fall of Kabul. When compared to the 150,000 who have expressed interest in housing Ukranian refugees, experts say it highlights the impact of the government “dehumanising refugees who are brown, Black, or Muslim.” - The Big Issue

A national day of action in support of refugees, and in opposition to the Nationality and Borders Bill, has taken place across the UK. Spearheaded by the group ‘Together with Refugees’, campaigners argue that the bill will have far-reaching consequences for those who wish to seek safety in the UK. - iNews

While the Homes for Ukraine scheme has registered significant interest, around 12,000 Afghan refugees are still living in hotels awaiting resettlement. UK citizens wishing to house Afghan refugees are facing significant Home Office red tape, which some have said is making it impossible. A Home Office spokesperson responded that “each conflict and scenario requires a bespoke response.” - The Independent

The UK has launched its ‘Homes for Ukraine’ scheme, by which UK households could sign up to house Ukrainian refugees, with an offer of £350 a month. There is no indication that this offer will extend to those willing to house refugees from other countries. - BBC

There has been an alarming number of incidents of discrimination toward non-European refugees fleeing Ukraine. These include events such as people of colour being barred from evacuation trains, segregation of groups of refugees, and long waits at border crossings. - The Guardian

Millions of refugees continue to flee Ukraine in what has been called Europe’s biggest refugee crisis since the Second World War. - The Guardian

New Oxfam report describes conditions in the EU-funded migration center on the Greek Island of Samos as ‘prison-like’. In their investigation they found excessive use of security, illegal use of de-facto detention, as well as the use of ‘revenge tactics’ in response to legal action against them by asylum seekers. - Oxfam

Various public figures, such as philosopher Slavoj Žižek and Professor Ziad Majed, as well as organisations like the AMEJA, have condemned the double standard in Western treatment of Ukrainian refugees in comparison to refugees from the Middle East. Many have decried it as ‘blatant racism.’ - the Canary