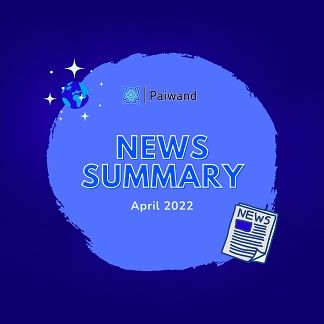 The Nationality and Borders Act passed in Parliament, while reports emerged of child refugees facing hunger and neglect in UK accommodation. Catch up on current events in Asad's news recap.

According to Westminster Council, some Afghan refugees have been rejecting offers of permanent homes, citing fears of being split up from their families, with some being offered homes in places such as Scotland. The lack of NGOs and charities outside of London which could provide them with proper support is an issue as well. - BBC

A leading online bank, Zopa Bank, has urged the government to introduce a tech and skilled refugee visa to address the UKs technical skills shortage. The aim of this visa would be to attract skilled individuals from countries in the midst of humanitarian crises, and allow them to work in the UK. - The Telegraph

The Joint Council for The Welfare of Immigrants, along with 23 partner organisations, have written an open letter to Lord Harrington, the minister responsible for the Afghan Citizens Resettlement Scheme, calling on him to include Afghan climate activists within the eligibility guidelines for resettlement in the UK. They detail the persecution said activists face within the country, with nearly 150 of them currently in hiding. - JCWI

The All-Party Parliamentary Group on Immigration Detention has renewed calls for the closure of the Napier Barracks, a military site being used as accommodation for asylum seekers. The barracks have been described as ‘filthy and decrepit’ and ‘unsuitable for use as asylum accommodation’. Planning permission has been granted to the Home Office to use the barracks for this purpose until 2026, despite their initial claims that its use is due to the pandemic and is temporary. -The Canary

Boris Johnson has announced plans to send asylum seekers who arrive in the UK ‘illegally’ to Rwanda for resettlement. The government has defended the morality and legality of these plans, however there is strong opposition from civil society and likely legal challenges awaiting the policy. - Al Jazeera

The UNHCR has strongly condemned the UK government's plans to deport asylum seekers and refugees arriving in the country to Rwanda. The UNHCR’s Assistant High Commissioner, Gillian Triggs, describes the policy as an evasion of international responsibility that runs contrary to the Refugee Convention. - UNHCR

In an interview with the BBC, the UNHCR’s Assistant High Commissioner, Gillian Triggs, has described the UK’s proposal to send refugees and asylum seekers to Rwanda as an ‘egregious breach of international law and refugee law and human rights law’. - ITV

Charities have raised concerns over the welfare of lone refugee children residing in hotels provided by the Home Office. Instances of hunger and neglect have been reported, with charities listing inadequate food, clothing, shoes and health and hygiene standards amongst their key concerns. - InfoMigrants

Plans for a 1500-bed facility to house asylum seekers in Linton-on-Ouse, York, has been decried as Guantanamo-esque by local councillors. Regional refugee charities have labelled the former RAF base as ‘a cross between a hostel and a low security prison’. - The Press

Mohammad, a former UK student currently residing in Afghanistan, has said that there is ‘not even an iota of hope that the UK government will rescue us anytime in the near future’. Mohammad was prioritised under the government's Afghan Citizens Resettlement Scheme, but 4 months after the scheme opening, he has yet to receive a referral from the Foreign Office. -The i

Priti Patel has accused those who criticise her plans to send asylum seekers to Rwanda of ‘xenophobia’. She has said that her opponents have resorted to ‘prejudicial stereotypes about the country, which activists have stated has a poor human rights record. - The i

The government has withdrawn its migrant pushback policy, which would have seen border force patrols intercept migrant vessels and return them to France. This comes as the policy was due to be challenged at the High Court by the Public and Commercial Services Union, Care4Calais, Channel Rescue and Freedom from Torture. - Yahoo!sport