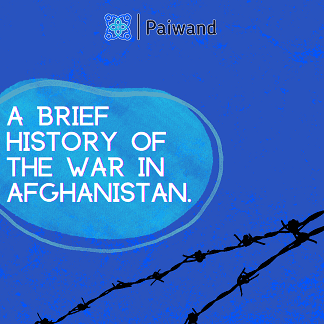 A Brief History of the War in Afghanistan

The war in Afghanistan has transcended almost 20 years now.

Since 1996, the Taliban had controlled much of Afghanistan up until November 2001, when they were overthrown by British and American armed forces.

In the same year, the Twin Towers were bombed in New York City. Almost 3000 people were killed in the 9/11 attacks; it also lead to an increase in racial profiling and a general increase in violence. The US believed that Osama Bin Laden was the man behind the attacks. When the Taliban did not hand Osama Bin Laden over to the US forces in October 2001, the USA begun to bomb Afghanistan. A month later, the Northern Alliance took control of Kabul.

Just under a year ago, in August 2021, after nearly two decades of war, the Taliban regained power. From the 6th to the 15th of August 2021, the Islamist militant organisation occupied cities such as Kandahar, Mazar-E-Sharif, and Kabul. The Afghan government begun to collapse; the president escaped and found refuge in the United Arab Emirates, and the civilians were plunged into economic and social turmoil. A broken country that had been bombarded with violence for decades left them with only the choice: to escape. Increasing numbers of citizens rushed to the airport in Kabul to leave the country.

The impact of all these years of violence has resulted in the deaths of 69,000 Afghan Security forces, along with 51,000 civilians and 51,000 militants. Since 2012, 5 million Afghan civilians have been displaced, making Afghanistan’s displaced population third largest in the world. This includes young children who have had their standards of living, chances of a good education and a safe home all removed from them and replaced with war.

There are many literary pieces that are reflective of true stories and real-life experiences of what living in Afghanistan was like. A book that I would personally recommend is called ‘A Thousand Splendid Suns’, written by Khaled Hossieni, who presents two female protagonists, Laila and Mariam, and the battles they face as young Afghan girls residing in Kabul.